The Spiritual Foundations of National Socialism

att Koehl’s spiritual revelation of The New Faith is  thoroughly represented within Frontfighters pages. First drawing upon the infallible guidance of Mein Kampf he was further inspired by, among others, two personalities who can truly be considered as building blocks in the foundation of National Socialisms religiously. Dietrich Eckart and Savitri Devi.

Eckart was a journalist, playwright, poet, and politician following in the tradition of the great German philosophers Arthur Schopenhauer and Angelus Silesius. Eckart was genius in his observations. To be a genius means to use the soul, to strive for the divine, to escape from the mean; and even if this cannot be totally achieved, there will be no space for the opposite of good. It does not prevent the genius to portray also the wretchedness of being in all shapes and colors, being the great artist, that he is; but he does this as an observer, not taking part, sine ira et studio, his heart remains pure.

His association with the Fuhrer has him recognized as a qualified contributor to the spiritual essence of National Socialism. His unfinished essay Der Bolschewismus von Moses bis Lenin: Zwiegespräch zwischen Hitler und mir ("Bolshevism from Moses to Lenin: Dialogue Between Hitler and Me") is an excellent example of how the Aryan religious experience grew into The New Faith. Presented for your perusal is the manuscript. 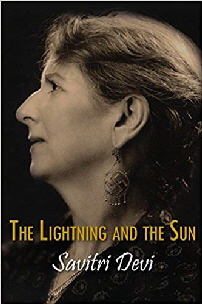 avitri Devi’s masterwork The Lightning and the Sun amalgamates National Socialism with a cyclic view of history, illuminating that time begins with a Golden Age and gradually decays through a Silver Age and Bronze Age into a final Kali Yuga, or Dark Age. She elucidates her concept of "Men in Time," "Men above Time," and "Men against Time" using the lives of Genghis Khan, Akhnaton, and Adolf Hitler respectively.

Genghis Khan is used as an example of a "Man in Time" who exhibits Lightning
(destructive) qualities and furthers historical decay. Akhnaton is used to illustrate a
"Man above Time" who exhibits Sun (creative & life-affirming) qualities and seeks to
transcend the process of historical decay. Adolf Hitler is used to illustrate a "Man
against Time" who exhibits both Lightning and Sun qualities (destructive power
harnessed for a life-affirming purpose) and seek to fight historical decay by using violent, Dark-Age methods to achieve a Golden Age state of existence. In the final chapter of the book, Savitri Devi expands further upon the cyclic view of history and maintains that at the end of the Dark Age, Kalki will appear and usher in a new Golden Age.

She was in route to lecture to the NEW ORDER at the invitation of Matt Koehl at the time of her death in October 1982. Savitri Devi's ashes were given a National Socialist Memorial Service at the NEW ORDER’s Central Office. 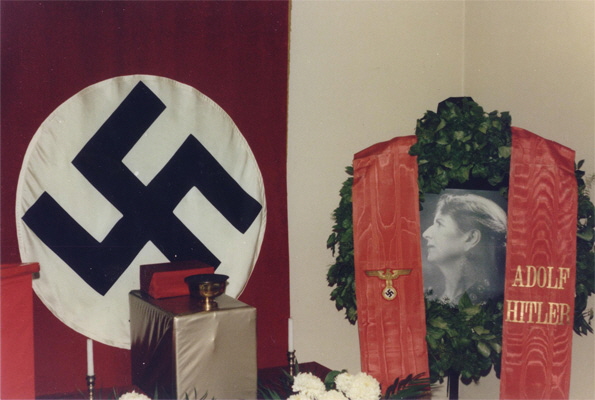 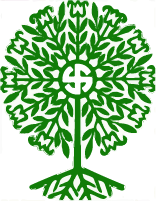 Only in Struggle is the Beauty of Life Manifest